Fan Tokens joined the digital assets industry in April 2020 when NFT data aggregator CryptoSlam started tracking its sales. Since the market crash of May which saw billions of dollars wiped off millions of portfolios, the non-fungible token industry, total value locked (TVL), and prices of cryptocurrencies have declined steeply. Despite the negative market sentiment, global fan token sales surpassed $100 billion in the last week of September. 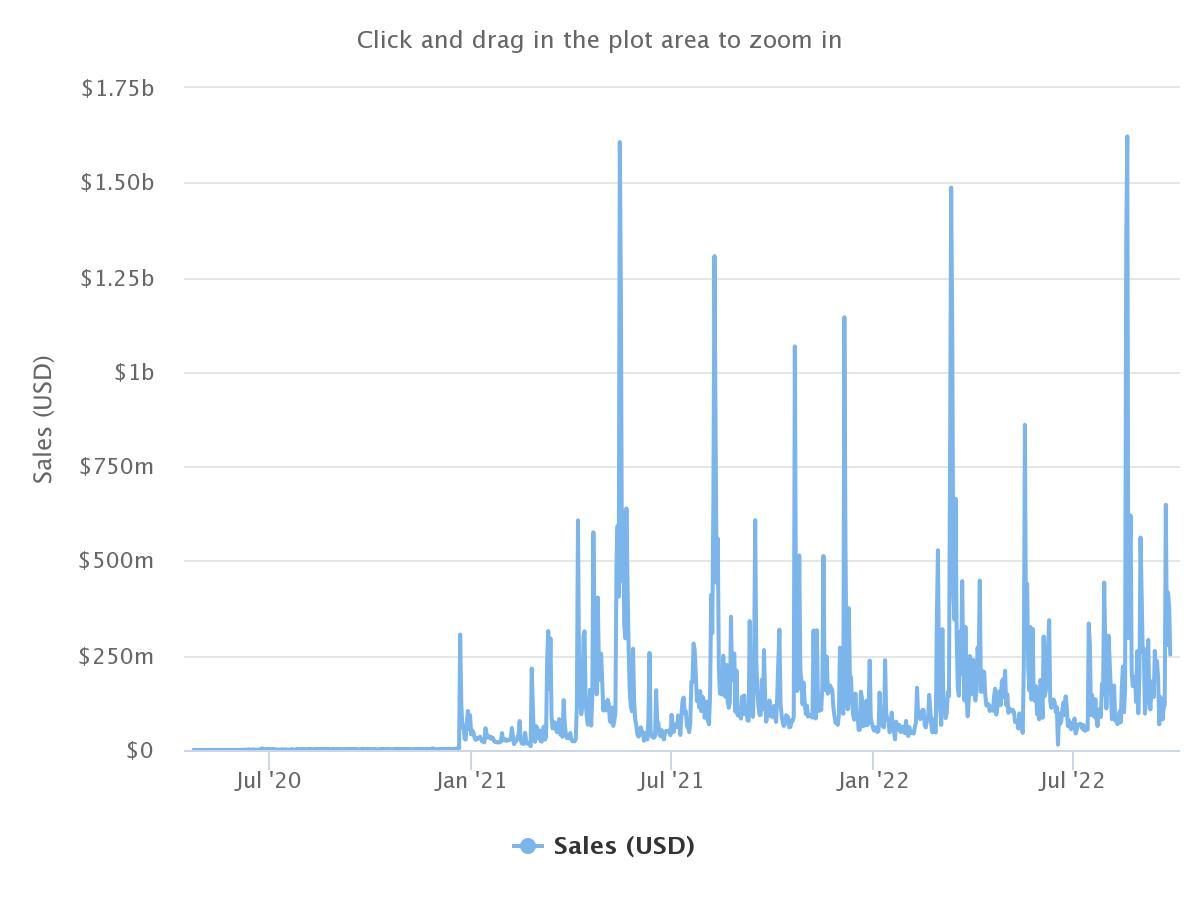 Four months contributed most to sales

Much of the sales came from May and August 2021 as well as March and August 2022. May 2021 represents a historic month for the entire crypto industry. Several cryptocurrencies hit an uptrend (when prices of coins reach new high lows and then hit new high highs) within the period. Among them were Ethereum (ETH) and Internet Computer (ICP) which reached new peaks of $4,362.35 and $750.73 respectively, CoinMarketCap data showed. During the month, global fan token sales were around $9.4 billion. Considering this was a month where all football-related activities came to an end, this value from the fifth month of 2021 became the all-time high monthly sales of global fan tokens.

After generating less than $4 billion in monthly sales throughout June and July, the global football season restarted for the 2021/22 season in August. Two high-profile transfers involved global soccer icons, Lionel Messi, from FC Barcelona to Paris Saint Germain (PSG) and Cristiano Ronaldo from Juventus FC to Manchester United. These in addition to other high-profile transfers saw a significant spike in sales to around $8.4 billion in August 2021.

As the buzz around their transfers died down, sales of fan tokens suffered to replicate their highs in the two previous peak periods. Global fan token sales were about $5 billion in December 2021.

More than $46 billion in sales in just eight months

The largest contributors to this milestone were March 2022, a period when the business phase of most soccer leagues begins. Fan tokens brought in sales of about $9.43 billion during the third month of the year. The completion of the various football leagues across the globe did not impact fan tokens positively as sales fell below $6 billion for four consecutive months. The resurrection of the various leagues around the world brought in about $8.51 billion this past August and took the market capitalization of all global tokens to a new all-time high of $430 million. 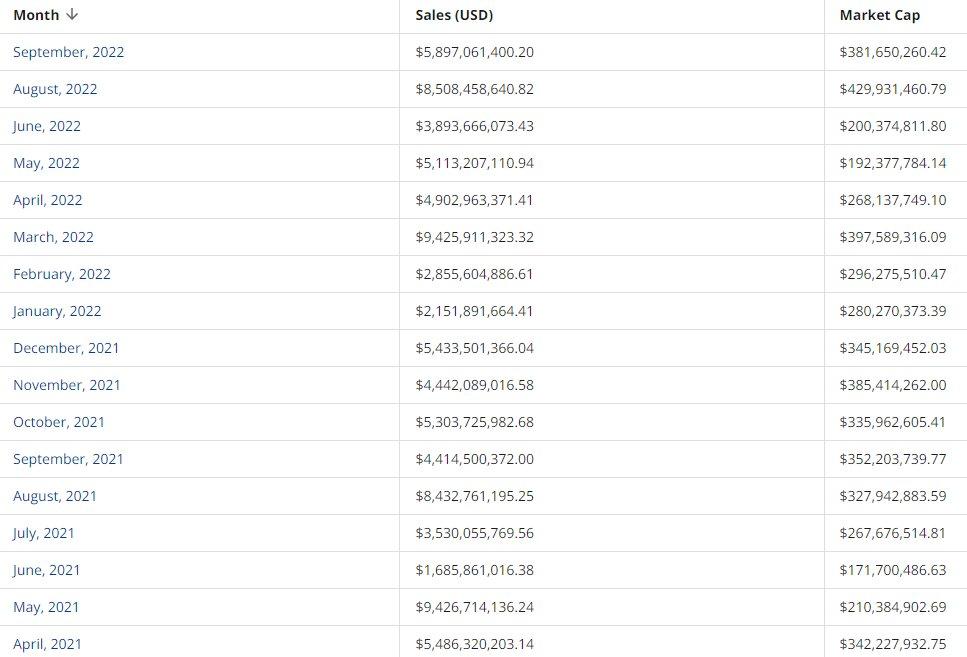 Non-Fungible Tokens have contributed massively to the mainstream adoption of blockchain technology and digital currencies. Projects such as Bored Ape Yacht Club (BAYC), CryptoPunks, Mutant Ape Yacht Club (MAYC), Azuki, Moonbirds, and Otherdeeds are well-known among NFT fans. Unfortunately, many people do not know that global fan token sales have surpassed NFTs by more than $60 billion.

Despite their popularity, monthly sales have been far below that of global fan tokens. 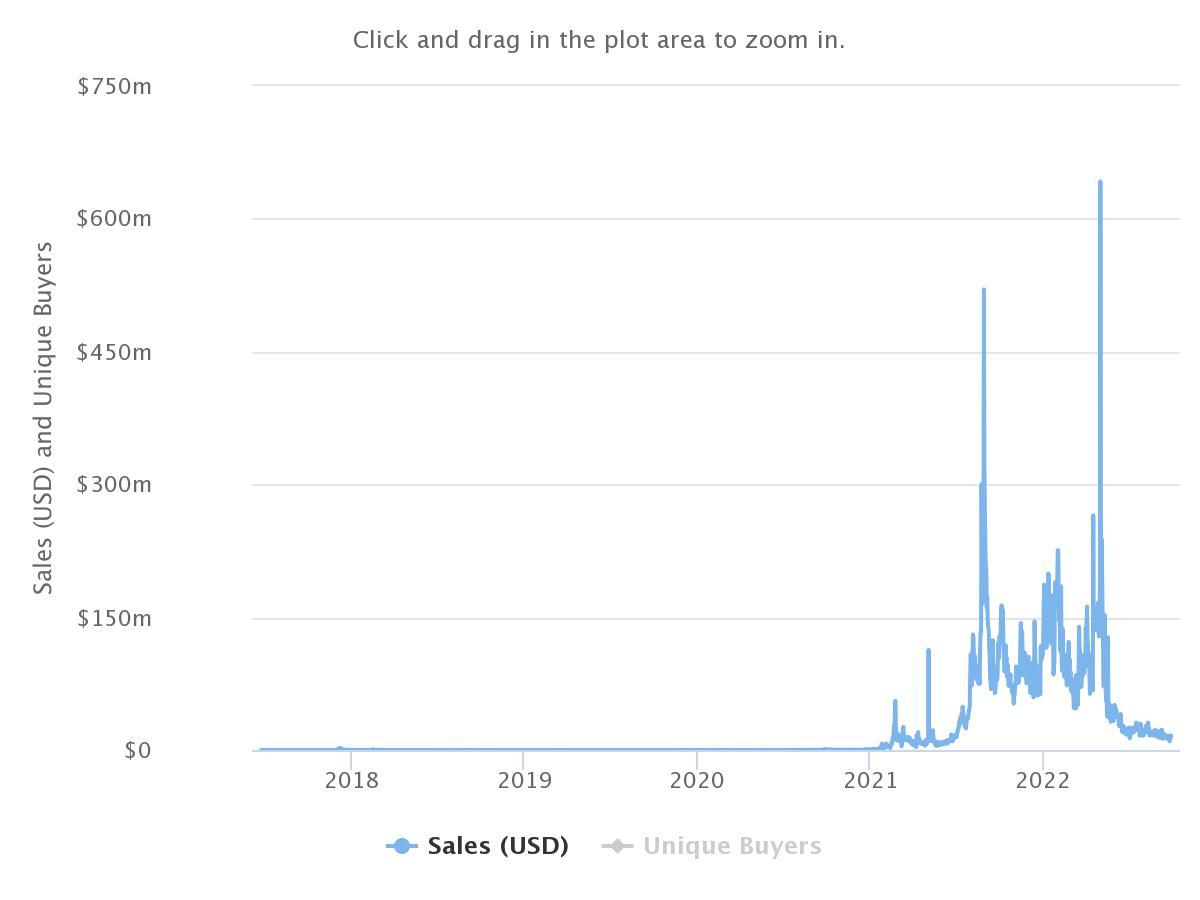 PSG among football teams which contributed to soaring sales

With $16 billion in all-time sales, French Club PSG leads the ranks and they are followed by Italian Club S.S. Lazio ($10.9 billion buoyed by its partnership with Binance) and Brazil Club Santos ($10.7 billion).

With many football teams yet to tap into this market, global fan token sales could soon surpass the market capitalization of Ethereum, and head towards the $200 billion milestone.