The third week of July would be remembered for the recovery of the prices of alternate coins (altcoins). Despite the performance of the two most popular and largest digital assets by market capitalization, Bitcoin (BTC) and Ethereum (ETH), altcoins such as ApeCoin (APE), Axie Infinity (AXS), Decentraland (MANA), Flow (FLOW), Ethereum Classic (ETC), NEAR Protocol (NEAR), and Fantom (FTM) brought double-digit gains to investors. JPEX takes a brief look at the performance of these coins and tokens within a seven-day period.

Price Driver: The Apecoin Foundation shared a document using their official Twitter handle about a staking update on July 22. Per excerpts of the paper, the Foundation received multiple bids from many crypto firms but ultimately settled on Horizen Labs as their partner in building and managing a staking system for ApeCoin’s decentralized autonomous organization (DAO). Since staking, exchange listings, and corporate adoption are price triggers, this explains the spike in the token. 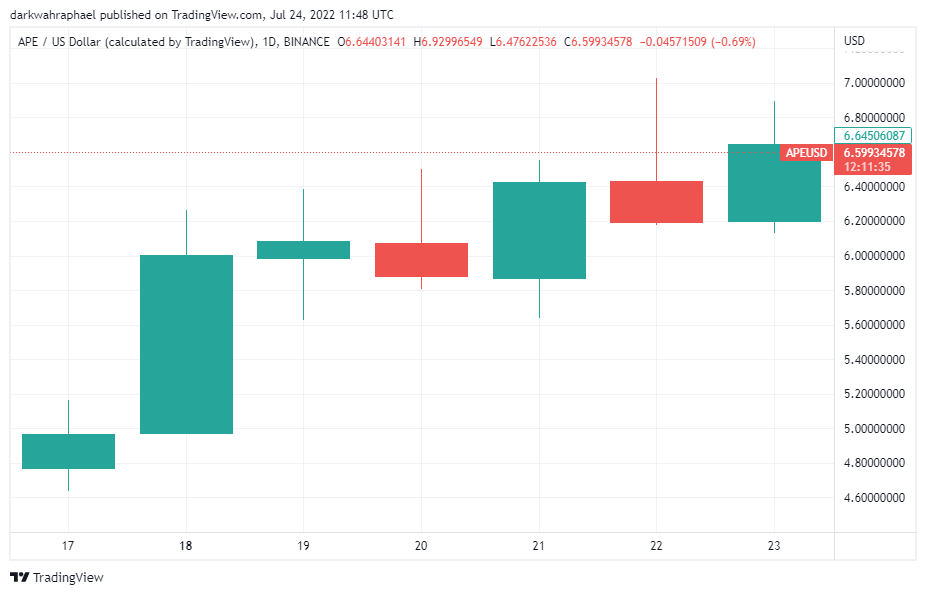 Price Driver: During the week, Axie Infinity remained the highest selling NFT by all-time sales with a combined volume of around $4.08 billion, per data from CryptoSlam. Within the last days of the week, AXS broke into the top 10 most purchased cryptocurrencies by Ethereum whales. As one of the biggest and most notable representatives of the gaming finance (GameFi) industry, whales trooped to AXS since the GameFi industry has shown some form of resilience against the bearish market trends, unlike decentralized finance (DeFi). 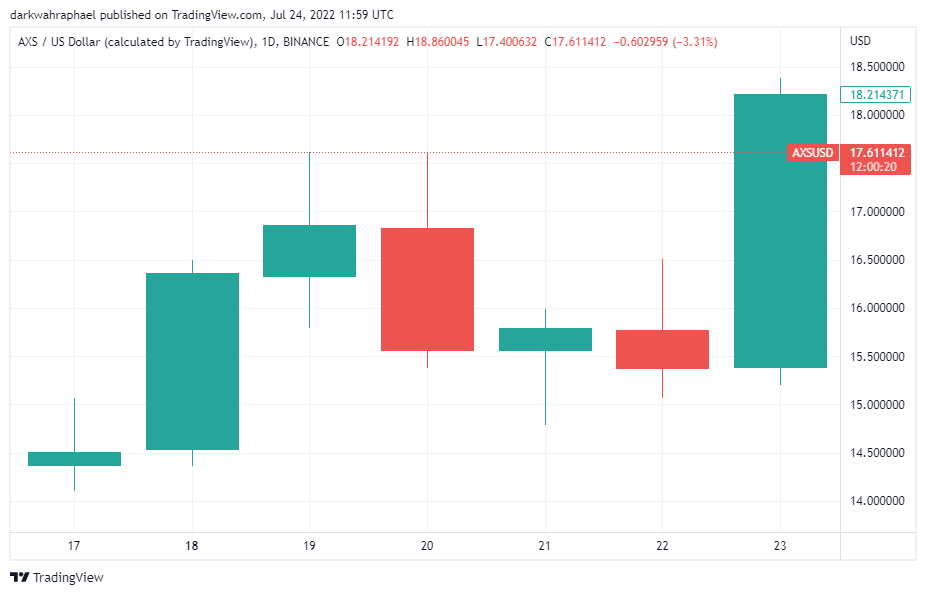 Price Driver: On July 21, CBS announced that the hit comedy Ghosts is making its way into the Metaverse. It used Decentraland, a Web3 gaming platform to launch its immersive experience. This will allow fans to gain new insights into the haunted mansion in a virtual world. From September, the Ghosts experience can be accessed by fans. On July 23, the United Arab Emirates Commercial Bank International announced that it has entered the Metaverse via Decentraland. Adoption by the two mainstream corporations explains why MANA rose to new highs within the week. 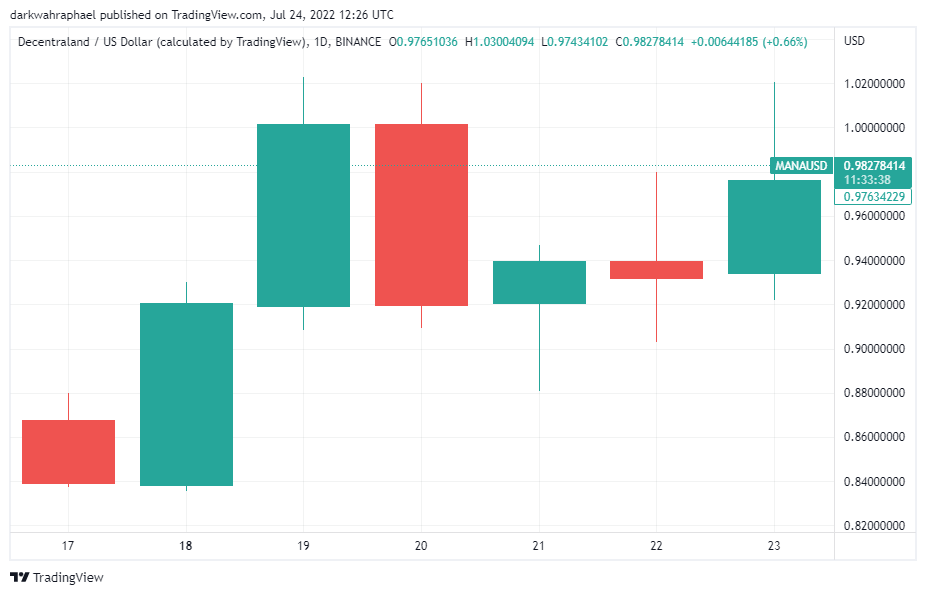 Price Driver: On July 21, Flow announced via its official handle on Twitter, that Zigazoo, the world’s largest social network and non-fungible token (NFT) education platform for kids is bringing the next BIG kids brand to its blockchain. As a platform that encourages kids to make videos and employ their imagination, Zigazoo is rated highly among parents. The resultant effect was a spike in the native asset of the Flow ecosystem, FLOW. As of July 2022, Flow remains the fourth-largest blockchain by all-time NFT sales volume with roughly $1.08 billion, per data from CryptoSlam. 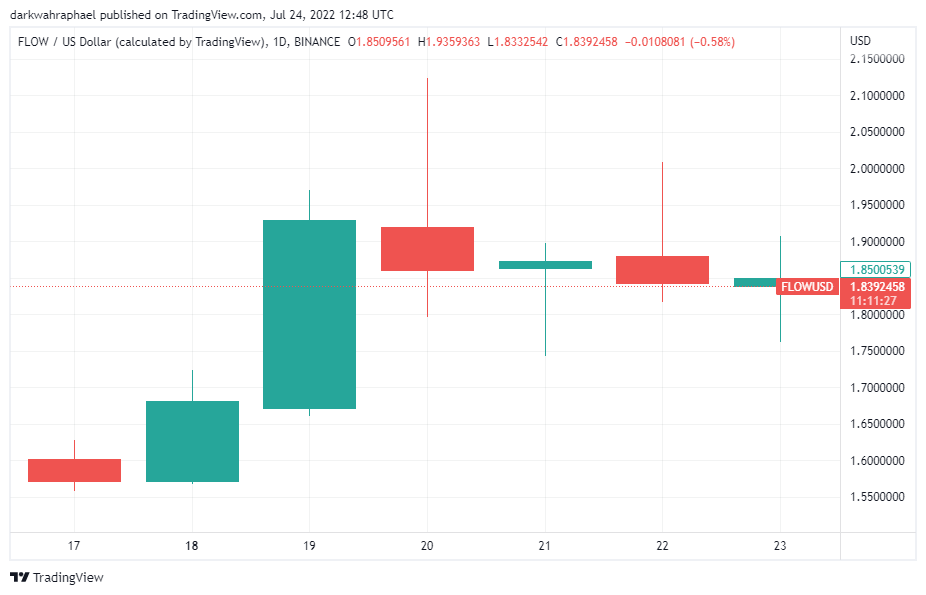 Ethereum Classic (ETC) Shot Up by 48%

Price Driver: The “Merge” which will take Ethereum from a Proof-of-Work (PoW) to a Proof-of-Stake (PoS) network has been slated for some time in the third quarter of the year. Once Ethereum becomes a POS network, miners will be scrapped for stakers. Since Ethereum Classic remains the legacy chain of Ethereum after the hard fork in July 2016, ETH miners are now considering moving to this network to continue receiving mining rewards in the form of ETC. This anticipation has been credited for the substantial rise in the price of the coin within the week. 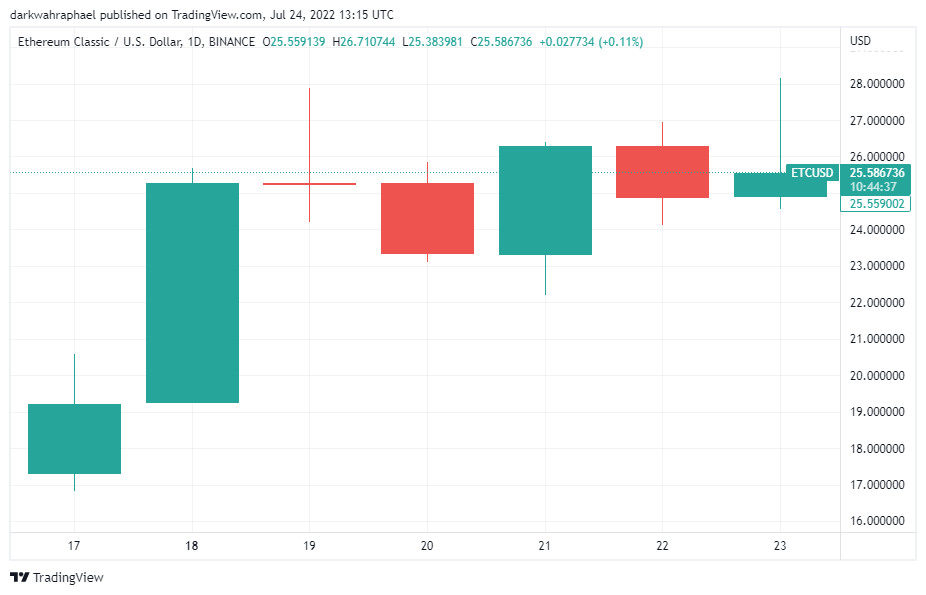 As a proof-of-stake network, Ethereum’s announcement of the merge in September saw investors flock to the next POS token that could bring them huge gains in the long term. During the week of July 17 to 23, most of them turned to the novel tokens of Fantom, FTM, and Near Protocol, NEAR. 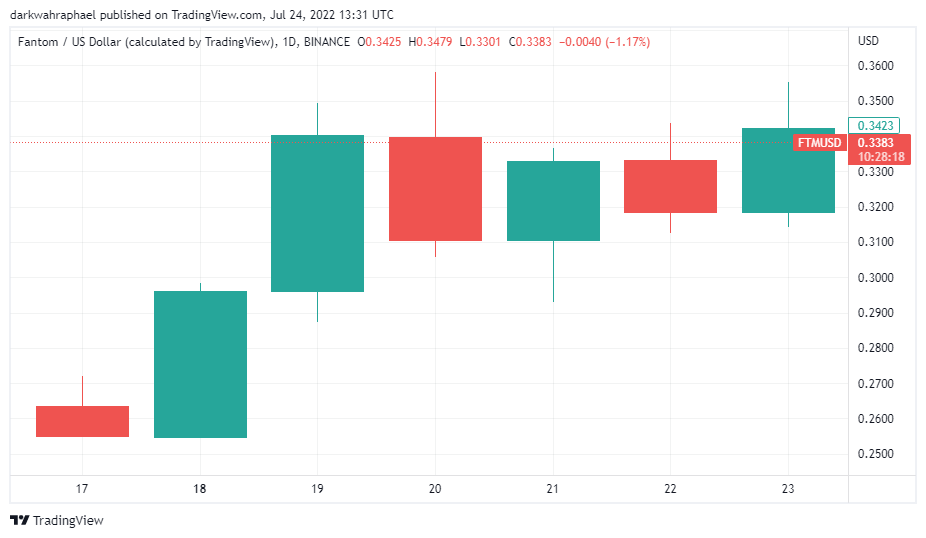 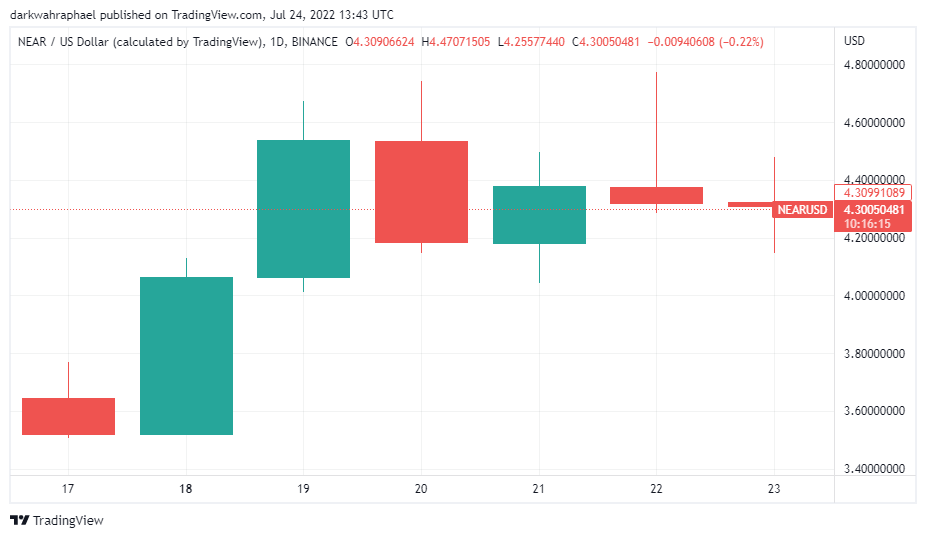